A Philly stroopwafel company still offers some sweetness during an awfully sour time.

Despite all the sour news these days, we found one local couple is still in the business of making something sweet – pandemic be damned. If you haven’t tasted one before, the delicious Dutch cookie known as the stroopwafel is super popular in the Netherlands. Dutch for “syrup waffle,” the stroopwafel is made from two thin layers of baked dough sealed together by caramel filling. Since 2018, Finger Licking Dutch has produced these out of Philadelphia and sold them wholesale all around the U.S.

John Bronson, former tight end for the Arizona Cardinals and a Penn State alum, opened Finger Licking Dutch with his girlfriend, Femke Veelenturf, in October 2018. They met in Aruba four years ago while Bronson was on vacation and Veelenturf, originally from Holland, was working as a teacher. She introduced him to the stroopwafel and he was immediately inspired.

The recommended method to enjoy the treat is to place the caramel waffle cookie on top of a mug of coffee or any hot beverage for a minute or two and let it warm up. Bite into it and the gooey filling melts in your mouth.

“The first time I bit into one, I was like, ‘Oh, my goodness. What is this thing?’

Bronson said Veelenturf floated the idea the couple start a stroopwafel food truck in the islands, but he was able to convince her to open a business in Philadelphia instead.

“Between Femke’s connections in Holland and mine in the states, we thought we could make it work,” he said.

“So, we set out to bring the real, authentic Dutch stroopwafel from the Netherlands to the U.S. and that’s how we created our Finger Licking Dutch brand.”

The original stroopwafel has been around for more than 200 years. The cookies are made in the Netherlands and then shipped to U.S. retailers and distributors by air or boat, depending on the time of year.

Bronson says while there are many ways to enjoy a stroopwafel, his recommendation is to place the caramel waffle cookie on top of a mug of coffee or any hot beverage for a minute or two and let it warm up. Bite into it and the gooey filling melts in your mouth.

“I still do that about once a day,” he said.

“That’s the best experience you will get – having one in the morning. The experience of those aromas and the warmth of the cookie will just really be something.”

As a wholesale operation, you can find Finger Licking Dutch stroopwafels in dozens of locations across the country. In Philly, they’re carried at Just Cravings coffee shop in Northern Liberties, Brown Street Coffee and Bánhery in Fairmount and Smoke Cigar Lounge in Manayunk, among other locations.

But Bronson said his operation started out small, by going door-to-door – up and down South Street and around Center City to businesses like Starbucks to try and get his stroopwafels on the shelves.

“Our main goal was to get in coffee shops,” he said.

“Anywhere we could give out a cookie and some information and hope they would call back. Over time, people wanted more information, and we just continued that cycle.”

Although the Covid-19 pandemic has affected Finger Licking Dutch to some degree, Bronson has it hasn’t halted operations.

“For us, luckily, we’re considered an essential business. Because we don’t have any retail storefronts, that kind of helps us. We serve other retail shops, warehouses, and because we’re considered food and people need to eat something, our supply chain has not been broken. It’s been slowed in some cases, especially internationally.”

Asked his best advice for small business owners going through this time, he said he knows the news can be overwhelming, but it’s best to try and stay positive.

“If you’re a leader in your company, what you do and how you’re perceived resonates through the company. We’re in an interesting time right now and we all have to adapt. Adapt with the change and just be fearless.” 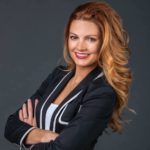