ContempraDANCE Theatre’s Philly Nutt Crak-Up is what you might expect if you took the Nutcracker down to South Street for a good-natured ribbing.

I can’t say I’m all too familiar with the afternoon-tea-swigging, pinky-extended version of the ballet. I’ve seen the Nutcracker performed a couple of times but, as far as I’m concerned, Philly Nutt Crak-Up blows the classic out of the water.

Artistic Director Gail Vartanian’s irreverent and hilarious adaptation features the infamous Rappin SugarPlum Fairy, battling Hip Hoppin Railway Rats, City Hall Dolls, Liberty Belle-Anne, and Captain Philadelphia. The performance is a combination of hip hop, breakdance, ballet and modern dance set to a soundtrack that will have you alternately bopping to the beat and laughing out loud. The show begins with the SugarPlum Fairy (Lisa Munoz), the show’s rap narrator, rhyming about the secret shared love interest of Liberty Belle-Anne (played by BSwan Dessus) and the nerdy, suspender-wearing City Cheesesteak Guy (portrayed by Mathew Thomas). The performance only gets weirder and more wonderful from there. Some of my personal favorite moments include the breakdancing rats (one of whom somersaults down the center aisle) and an incredible dance solo by Isaiah Cooper. The show was clever, inventive, and interspersed with Philadelphia references such as the Kingdom of Prussia, Penn’s Angels, and the South Street Rocky-Ettes.

I’m already looking forward to next season’s spoofy rendition of the well-known ballet classic. This year, for the first time, Philly Nutt Crak-Up was at Venice Island Performing Arts and Recreation Center in Manayunk. The venue offered the perfect setting for the performance. There was ample parking, the stage was visible from every seat in the house, and the dancers even came out into the aisles to interact with the audience. Seeing this company perform anything will make you want to see everything they do and possibly even entice you to sign up for one of their dances.

ContempraDANCE Theatre Company is a non-profit organization and is based in Wayne, PA. Their repertoire includes over twenty works ranging from classical modern dance to post-modern multi-media works. 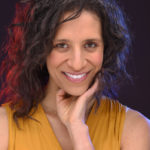