Bela Shehu, fashion designer and founder of NINObrand, and photographer Lorraine Daley collaborate for a conversation of visual proportions.

I have known Bela Shehu for 15 years, long before she was a designer. I have followed her career since day one. She was incredibly gifted from the start and watching her evolution as a designer has been nothing short of awe-inspiring. Bela has been a constant muse for me in my photography since the inception of her line. She also has helped me release the tendency to play small and safe and, instead, to go out on the edge where infinite possibility lies.

As a fashion designer, her pieces represent this complexity. Some are feminine, some androgynous, some masculine. There is a strong backbone that pulls deep from the avant-garde while maintaining a practicality that makes them wearable on a daily basis.

My inspiration for this shoot was her complexity as a designer and artist. She has so many aspects to her personality that I wanted each look to be a distinct persona. She is soft. She is strong. She is edgy. She is badass. It would be impossible to capture all of this in one image, but over a series, dimensionality emerges.

These images are an attempt to capture a few of the many faces of Bela….the mystery, poetry, and the beauty. 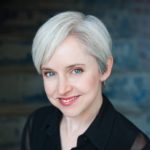