If you’re a Philly local you’ve probably seen the tag “IRREGULAR” spray painted on various street objects from dumpsters to stop signs across the city. The Hyatt Centric Center City Philadelphia hosted the artist behind the tag, Sean Irregular Hassett, at its Meet the Maker Reception and Live Conversation with the artist “Irregular” Sean.

Irregular Sean begins the discussion by highlighting a very specific year for himself and his work: 2013. As the case of Trayvon Martin circled the media that year, the city of Philadelphia took to the streets in its fight for justice. Irregular Sean is certainly no stranger to activism. According to the artist, the tragic event inspired him to put paint on canvas for the first time. “I saw myself in him,” the Irregular tells us. “It was like looking in the mirror.”

Art as a form of self-expression always came easily to Irregular. Canvas soon became a medium that he’d incorporate into his work from that moment on.

Speaking of reflection, Irregular began experimenting with adding strategically placed shards of mirror to his canvases during that year. He is inspired by 80s-era artists like Andy Warhol, Jean-Michel Basquiat, and Keith Haring. The rise of social media created an online platform and a new light to be shed on artists. Irregular’s first mirror rendition was a silhouette of the late Jean-Michel Basquiat who is his biggest inspiration. Mirrors became a staple in Irregular’s work. The artist sold over 250 works in Rittenhouse Square one year, where he’d often hang out. “I did not sell my artworks,” he claims. “They all sold themselves.”

Where does “Irregular” come in? Irregular is a term that resonated with Sean his whole life. Tagging the word around the streets of his hometown gave the artist an outlet for expression. We’d soon witness the impact that the graffiti tag held on the community through their consistent Instagram posts, posing with the artist’s work. “Irregular is not for me.” He says, “Irregular is for the people.” He compares the word “irregular” to a mirror. Everyone resonates with it when they see it.

Regarding the future, Irregular replied, “I have no expectations. I don’t sketch things. I don’t write things down. I execute works.”

Irregular is on exhibit at the Hyatt Centric Center City Philadelphia through January 31. 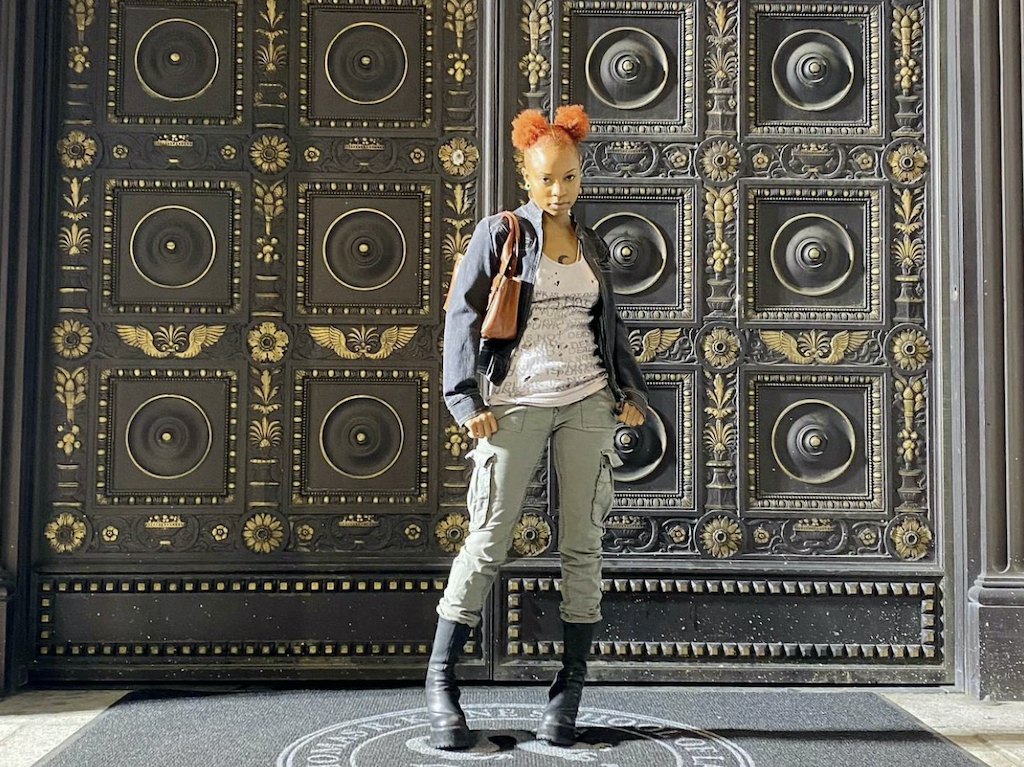