There are many facets to becoming a hoops Mecca like Philadelphia. There’s the homegrown talent that springs perennially from hardtops and hardwoods across the city; the high school, college, and pro traditions that go back generations; and the star power generated by assembling some of the world’s greatest players in showcase tournaments that garner national attention. That’s the formula for the 17th Annual Danny Rumph Classic coming to LaSalle University, (1900 West Olney Avenue) this week.

The excitement tips off Thursday, August 4, and doesn’t let up until the final buzzer sounds and a champion is crowned on Monday, August 8.

The event is hosted by the Daniel E. Rumph II Foundation, which raises awareness about Hypertrophic Cardiomyopathy, the leading cause of Sudden Cardiac Arrest in young people.

Danny Rumph was a budding Philly hoops star himself, starting at point guard for Western Kentucky University when he was felled by the condition in 2005 at just 21 while playing in the Germantown gym that now bears his name.

“Getting everyone together as a friend group, a city, a basketball community, to keep Danny Rumph’s name alive every year, it means a lot to us all,” said Mike Morak, commissioner of Team Rumph Classic.

“The Danny Rumph Classic Tournament not only celebrates the dynamic culture of Philadelphia basketball, but gets the community involved to spread awareness about Sudden Cardiac Arrest.” 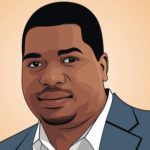