The future of the Philadelphia House of John Coltrane. What can renovation mean for a gentrifying city?

“In the midst of gentrification, we get the small thinking and the petty,” says Judith Robinson, a real estate professional and Director of the Strawberry Mansion Civic Association. She recently wrote a Facebook post in opposition to the demolition of the 33rd street’s 1500 block, home of the late John Coltrane. A flyer found that the new owner set 1509, the neighboring house, for demolition after a fire broke out on a nearby house that would have been part of a cultural center in reverence to Coltrane. This put 1511, the Coltrane House, at risk of damage as well.

“We, the community of Philadelphia, would look like fools for neglecting a historic treasure,” says Robinson who teamed up with the Strawberry Mansion Civic Association, the 32nd Ward RCO, jazz enthusiasts, and preservations to protest the demolition. This came in the form of an online petition.

“This ultimately is an educational, social, cultural, and economic development issue,” one signature wrote.

This endeavor became a success after the owner of 1509 was informed that all property next to the Coltrane house must be protected.

Many Strawberry Mansion residents were concerned that the renovation would lead to the gentrification of their neighborhood, especially because of its proximity to Brewerytown.

“Think about the rest of Strawberry Mansion,” one said. “Does this house only matter because Coltrane lived in it?”

For Robinson, the House could have been a part of an expansion of opportunities that did not damage the culture of the neighborhood. For the people who are interested in tourism, Robinson wants a respectful and inclusive conversation about whatever tribute to John Coltrane that can be made, specifically one with opportunities for community involvement.

“People would come from all over the world if the House was a museum,” says Robinson. “But if the House owners to want position it for future tourism, why?”

The 1500 block just down the road from Fairmount Park and the Philadelphia Zoo, making a museum in tribute to John Coltrane a point of interest in the future but possibly speeding up the cultural changes of the area. Last November, President of the Philadelphia City Council, Darrell Clarke proposed a ban on roof-decks and various building materials in Strawberry Mansion for the sake of preservation. Strawberry Mansion High School required community support after the school held under 200 students attending in 2019.

“People are always looking for ways to take advantage of the neighborhood,” Robinson adds. “Don’t think that gentrification is some mysterious thing that just happens.”

Robinson continues her work with the Strawberry Mansion Civic Association to preserve and bring a voice to the neighborhood.

During his time at 1511 N 33rd St., Coltrane recorded his album Blue Train and composed Giant Steps. The house of John Coltrane was passed down to his cousin, Mary Lyerly Alexander who inspired the song Cousin Mary, after his death in 1967. The house was added to the National Register of Historic places in 1999. 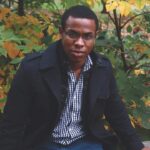 dM: Philly’s G. Love is "Laughing in the Sunshin

dM: Wawa Welcome America is Back! + more for your

use//If you are looking for a great stylish way to

listen//Long before there was BTS or the Biebs, th

look//Philly's Ahmir "Questlove" Thompson and Will